I’ll never forget the thrill of being a newlywed – the ecstasy, stunning new realities, and fulfillment that was beyond expectation and description. But I quickly learned that this stage of marriage is short lived. Sooner or later, the valley will come. 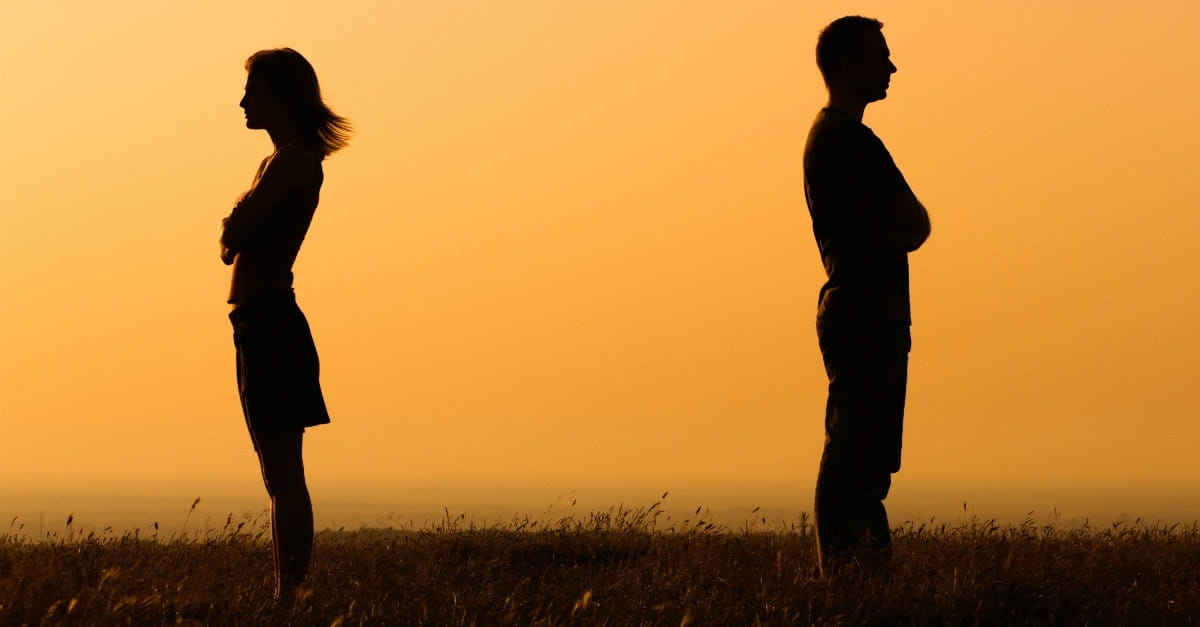 I’ve been there. Only a few years after my wife Missy and I married, we were ready to call it quits. It wasn’t one big thing that drew us to this conclusion. We just didn’t get along.
Thankfully, others wouldn’t let us give up on ourselves and encouraged us to get help. It was only through professional biblical counseling that we were able to heal our marriage.
Some couples are not so fortunate.
Many of us have bought into the lie that the goal of marriage is to avoid divorce, but really, it is so much more. The goal is to be happy and to have a good marriage that ultimately glorifies the Lord.
As I reflect on my own marriage, I realized that while there were many factors that played a part in Missy and my hardships, one of the biggest was my own expectation of what marriage was going to be. I’ve heard similar sentiments as I have traveled the world speaking with individuals who are hurting and struggling.
In order to realistically approach wedded bliss and live out our calling as man and wife in a biblical marriage, we must recognize six common myths:
1) Myth: Because I’m in a Christian marriage, I’m going to have a perfect marriage.
Truth: Just because you know Christ doesn’t mean there won’t be attacks from the enemy against you. Paul reminds us numerous times in his Epistles that even as Christians we will face hardships. John 10:10 tells us “the thief comes only to steal and kill and destroy. I came that they may have life and have it abundantly.”
Only with God can you have a strong, healthy marriage. You can’t do it on your own and if you think you can, you are misled. You don’t have within you the capabilities, but if you stay committed to God, you will develop the mentality that you’re going to stick to this no matter what.
2) Myth: Certain behaviors or faults can be changed once marriage takes place.
Truth: People cannot “create” a spouse. It's important to marry someone for who they are, not what you think you can turn them into. Second Corinthians 6:14 states: “Do not be unequally yoked with unbelievers. For what partnership has righteousness with lawlessness? Or what fellowship has light with darkness?”
Teams that accomplish great things are those who are unified in their purpose and goals. This is true for marriages, too. If your spouse doesn’t follow Christ now it is likely they won’t in the future.
3) Myth: The person I'm marrying is a “knight in shining armor” or “perfect.”
Truth: No one is perfect. Even the godliest people are flawed and stricken by sin leaving them unable to live up to impossible standards. Remember, “all have sinned and fall short of the glory of God” (Romans 3:23).
Marriage is about two people learning to complement the strengths and weaknesses of the other. You must learn to accept your spouse for who they are – flaws and all – just as they must learn to accept you.
4) Myth: There is always an easy out if it doesn’t work.
Truth: Divorce is never easy and leaves tremendous damage in its wake. God's plan for marriage is forever. Jesus said so himself in Matthew 19:4-6.
He answered, "Have you not read that he who created them from the beginning made them male and female, and said, 'Therefore a man shall leave his father and his mother and hold fast to his wife, and the two shall become one flesh’? So they are no longer two but one flesh. What therefore God has joined together, let not man separate.”
Authentic love never gives in or up. It is without end. God promises that while people will fail authentic love will not. He designed it so it would have in its DNA an unbreakable quality that makes it unstoppable. So many marriages have marginal love, which is based on performance instead of persistence. Ask God to give you the kind of love that endures, sustains, forgives, finds good, is tolerant and constantly looks forward not backward.
5) Myth: Marriage will be continual sexual ecstasy.
Truth: This is a big one for most men. Physical intimacy is God's plan but responsibilities, ailments and daily life can bring seasons of lack.
Contrary to popular belief, satisfaction and completion are not based on sexual fulfillment. Relationships built on this myth are destined to crumble as couples grow older and physical beauty fades. Attraction is necessary in a relationship, but true attraction can be found beyond physical beauty. Genuine love is based not on what you can gain from someone but what you can give. In 1 Corinthians 13, we are reminded of a long list of things love is and sexual fulfillment is not one of them. Lasting relationships are built on giving without the expectation of receiving in return.
6) Myth: My spouse will be a romantic Casanova.
Truth: This tends to trip up many women because it is based on fairytales.
More important than romance is that a spouse loves, cherishes and works to provide emotional and spiritual support. God's intention is for a man to live with his wife with understanding according to his Word, not according to a Hollywood illusion or romantic book facade. If you want a real picture of what this looks like, read Ephesians 5:22-33.
Even in recognizing these myths, you must also acknowledge there will be ongoing difficulties and challenges in your marriage. However, if you and your spouse continually strengthen communication and commit to working through issues not around them while seeking God’s power and protection, you’ll grow stronger and have staying power – together.
Jay Lowder is founder of Jay Lowder Harvest Ministries and author of Midnight in Aisle 7. Find out more at jaylowder.com or by following him on Twitter @jaylowder.
Publication date: July 6, 2015

This content first appeared on iBelieve.com and is used here with permission. To view the original visit: http://www.ibelieve.com/relationships/six-myths-that-are-killing-your-marriage.html